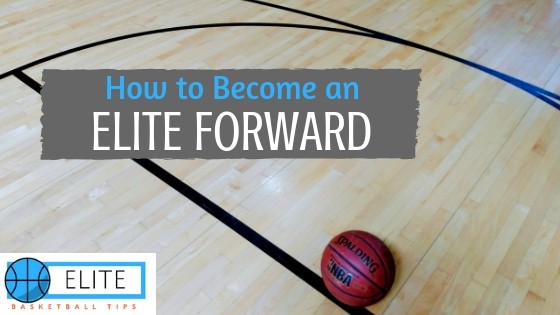 Our Basketball Guide to Dominating the Forward Position

Becoming a forward can be a confusing process because it is the “middle ground” between guards and centers. These positions are integral to the success of a team, but they aren’t easy to fill.

Coaches have to decide what kind of team they are before filling the two forward roles of Power Forward and Small Forward.

These two positions are the heart and soul of a team.

If you are placed into one of these two positions by your coach, don’t get too caught up in the name. Just realize that to become elite at these positions, you’ll need to execute and train for your new role. 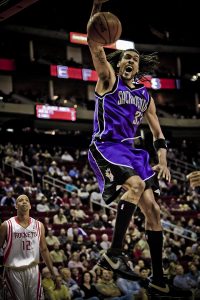 There are two types of forward in basketball, commonly referred to as Small and Power forwards. Their name states a little about them, but in modern basketball, they aren’t always used as their name implies.

Small forwards originated as being in between a shooting guard and a power forward and this usually referred to their size. The size also helped determine who they would defend on the other team.

Power forwards were larger and more “powerful” than small forwards and usually guard larger players from the other team.

Small forwards were expected to guard closer to the perimeter and have a slashing or driving aspect to their offensive game.

Power forwards were expected to guard close to the basket, in the paint, and expected to collect as many rebounds as possible.

To this day, these positions are still used this way but are not directly attributed to size. Some small forwards are near 7 feet tall, like Kevin Durant, while some power forwards are only 6’6” like Draymond Green.

Ultimately, coaches will decide where you fit in as a player, but we want to show you how to become elite at either position.

Basketball by its nature is an extremely athletic sport that requires coordination, speed, agility, and power.

No matter what position you play, you will need a combination of these traits and that is where your training begins.

As a small forward, you will want to focus on speed and shooting. Defensively, you will be guarding players closer to the perimeter and 3-point line, so expect them to be relatively quick and prone to drive to the basket.

As a power forward, you must focus on strength and taking up space within the painted area. You’ll need the strength to collect rebounds and resist larger players trying to post you up and back you down.

It may seem that these two positions are very different, but in the modern era of basketball, you may be tasked with playing both positions. Training for both will help secure your playing time in the future.

Make sure you do copious amounts of the following:

All of the training in the world will not help if you haven’t learned to defend these two positions well.

If you are tasked with defending the small forward of another team, you will need quick feet and know how to close out on an offensive player.

Closing out properly involves moving as quickly as possible to a player with the ball while not allowing them to blow by you.

Defending a power forward involves not giving up position and learning to defend pick and roll situations. You need to master boxing out for rebounds and have the strength to defend centers if necessary.

Due to defensive rotations and players being able to fill multiple roles, the better you become on defense, the more playing time you’ll see.

If you are vacuuming up rebounds like a mad man, then expect your playing time to increase.

If you are becoming a sharpshooter outside and can defend shooting guards, small forwards, and power forwards, then you can expect your playing time to increase.

Defense is an absolutely essential key to making your team, but mastering defense will make you an elite level player.

You are probably taller than most of the players on your team and you’re wondering what it takes to be elite at the forward position.

Focus your time and energy on becoming impossible to guard. As a small forward, learn to drive and finish with authority, i.e Lebron James.

As a power forward, focus on dominating the paint and mastering rebounding and post play, i.e. Anthony Davis.

Becoming elite isn’t an overnight process, but you have to have goals set forth along this path.

Follow our guide to making it to the NBA, to give you an idea of how much work it takes.

Train hard, focus on defense, and becoming elite is within your reach!