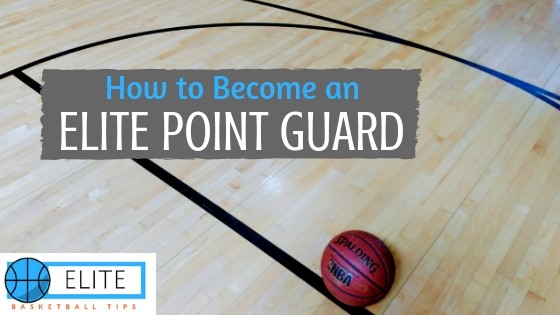 Be the Best Point Guard You Can Be

Running the point is one of the most important aspects of team basketball. Point guards are the equivalent of the quarterback in football and are expected to run the offense effectively.

Your size won’t make a lot of difference as a point guard, because the position can be run by someone of almost any height.

We are going to take you through the major aspects of being a point guard that you can take into your training or teach to your team’s ball handler.

The point guard is the engine that drives the offense, so effective point guard play can be the difference between winning and losing. 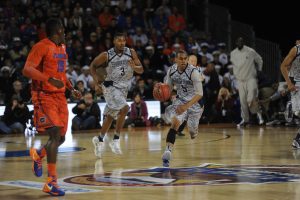 The point guard is expected to bring the ball up the court. This statement minimizes what a point guard actually does. Why is the point guard the one that does this and what more is there to the position?

The point guard is usually the player with the best ball control and ability to get anywhere they need to be on the court. When faced with defensive pressure, the PG should be able to advance the ball safely and minimize the chance of any turnovers.

Not only are they expected to get into the frontcourt, but they are also expected to know all of the offensive plays and get these plays started.

Point guards must understand floor spacing and where the other players are going to be on the court. It isn’t enough to just start the play, a PG must be able to adapt the offense to the situation at hand.

We cannot understate how important good point guard play is. Imagine if every time down the court, your ball handler was getting the ball stolen. What if they could not get the offense started due to a trapping defense?

For the offensive side of the ball, we recommend the point guard become supremely efficient at dribbling and handling the ball. The strength of a PG’s play will be derived from how well they handle the rock.

It isn’t enough to be ambidextrous and handle well. A point guard must be able to handle the ball with a defender directly on their hip. They must also be able to beat a press.

The point guard must be able to keep their head up while handling the basketball to find any opportunities further up the court. This is paramount to running a good offense. The defense can give you openings at any moment.

Work on your handles as much as possible so that you can manage the game easily.

Defend The Other Point

One aspect that gets overlooked by younger players, is the responsibility of defending the opposing team’s point guard. This matchup is extremely important because your team’s PG should have the footspeed and intelligence to throw off the other team’s offense.

Your point guard is the point on defense as well. This means they will meet the ball handler coming up the court first, depending on what defensive set you are running.

In man to man, the PG will hound the ball handler and put pressure on the opposing point guard. This will keep them from running their offense from anywhere they like on the court.

In zone defenses, the point guard will be at the top of the key defending as the ball tries to penetrate the defense.

If you are a much taller point guard, your responsibilities on defense may be elsewhere. As a coach make sure you are using your players to their strengths. Put your best on-ball defender on the opposing point guard regardless of size.

Focus On The Bigger Picture

Now that you have an idea of how the point guard affects the offense and defense, you should try and see the larger framework of the game. The point guard needs to understand clock management, timeouts, and how to modify the coach’s strategy on the fly.

You can’t get lost in the game or emotional in times of stress. As the point guard, you are expected to control the flow of the game for your team.

This higher level of understanding leaves other players free to work their magic on the court. You are enabling them to do what they do best, and leading the team in what the coach asks for. Don’t let the game get too big for you, be sharp, and always ready to react.

While Stephen Curry or Kyrie Irving may be vicious scorers that can dominate the offensive side of the ball, most point guards are expected to pass first.

Even those elite players will initiate the offense before taking matters into their own hands deeper into the possession.

A point guard is expected to make crisp passes to their teammates. Put them in the best position to either score or get a position on the court.

This aspect of being a point guard is tough to drill for but is essential to good PG play. Just like a great quarterback, you have to find your receivers and make sure they can catch the ball and be effective with it after.

Being a great passer could take years of play and practice, but it is essential to being a dominant point guard.

Point guards are the glue that holds a team together. Not just in a metaphorical sense, but as a leader and engine that drives the team.

Your ability to run the offense and defend the ball will be the turning point in whether your team wins games.

You are expected to make the right decisions, find the open player, and keep the ball safe from turnovers.

Work on your foot speed and ball handling more often, as these skills will be essential to your success.

Being a point guard is a full-time job on the court.

Point guards will keep those skills throughout their playing days.