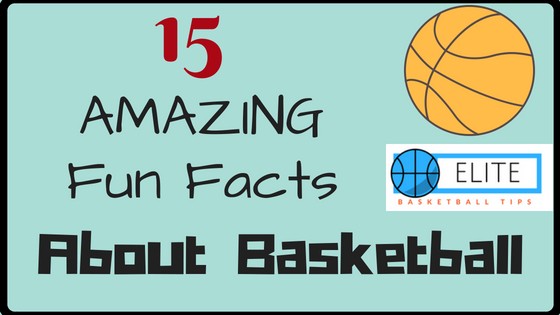 Basketball has a deep, rich history with a plethora of juicy tidbits to learn about. We’ve dug up some of the best trivia that you can use to stump your friends and family. If you love the game as much as we do, buckle in and take a little ride down history lane!

When he created basketball in 1891, Dr. Naismith envisioned a game where only passes were used to advance the ball up the court. Dr. Naismith thought it was ingenious when players began to pass the ball to themselves by dribbling.

2. Peach Baskets Were the First Hoops

If you’ve ever wondered why made shots are called “baskets”, it is because the original hoops were baskets! Peach baskets were hung in the gym and once a shot was made, the referee would climb a ladder to retrieve the ball.

3. Most Points Scored in an NBA Game

On March 2nd, 1962, Wilt Chamberlain scored an amazing 100 points for the Philadelphia Warriors in a victory over the New York Knicks. Wilt “The Stilt” scored over 60 points in NBA games 32 times!

4. Most Championships in College Basketball

John Wooden coached UCLA to 10 National Championships in the NCAA. The school has a record of 11 total championships, and Coach Wooden’s 10 Championships came over a 12-year period!

The first-ever college basketball team was Vanderbilt University. Vanderbilt created the team less than 2 years after the game of basketball was created. Their first games were against the local YMCA.

6. Chuck Taylor and His Shoes

7. Michael Jordan is The Most Successful Basketball Player Ever

While many will argue that he is the best player ever, no one can debate whether he was the most successful. A player from 1984-2002, he is now worth over $2 Billion dollars and can be credited with igniting the shoe industry around the sport of basketball. 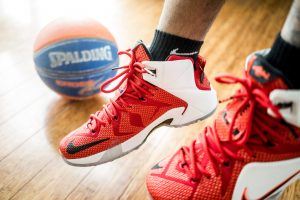 The first time basketball became an Olympic sport was during the 1936 Olympic Games held in Berlin, Germany. The United States is by far the most successful in basketball at the Olympic Games, winning 15 of the 18 tournaments they have competed in. The Olympics first allowed professional NBA players to play in 1992. This has led to very lopsided contests ever since.

The Boston Celtics hold the record for the most championships by an NBA team at 17. The Bill Russell-led Celtics won 11 championships over the course of his 13-year playing career. This feat might never be matched. Bill Russell concluded his career as a player/coach. This means that he was just as successful in coaching as he was playing.

The NBA credits it’s first game as a contest between the Toronto Huskies and the New York Knickerbockers on November 1st, 1946. The game was played in Toronto, Ontario, Canada, and brings the game full circle to the country that it’s creator was born, Dr James Naismith.

12. Basketball is Ranked Number One in Skill

According to research done by Vox, basketball as a sport ranks number one in skill versus luck. This means that they believe that basketball players must exhibit more skill to win and the chances of an underdog winning are much lower.

13. Basketball is the Second Most Popular Sport in the World

With more than a billion fans watching and playing all over our great globe, basketball is the second most popular sport in the world. Football/Soccer is the most popular with 4 billion fans and players. Basketball has only begun its meteoric rise in popularity and could overtake futbol one day.

14. There are 351 Division 1 Basketball Teams in the NCAA

For comparison, college football only has 130 teams in its Division 1(FBS) program. This means that college basketball can have up to 5,000 players playing in Division 1 at any given time.

15. Nike is the Most Popular Brand For Basketball Shoes

Nike is also the largest sportswear company in the world. Their current market capitalization is nearly 120 billion dollars(USD). Nike started as a running shoe company, but when they signed the 3rd pick in the 1984 draft to a shoe contract, it sparked a whirlwind of marketing, and basketball shoes exploded in popularity. That player was Michael Jordan.

We hope you loved these facts about basketball, and we look forward to giving you more about this sport that we love. Basketball is a game for anyone, and we think it is the ultimate game of inclusion and skill.

Take your love of the game further by letting us know some fun facts in the comments below, we even want to hear about your personal fun facts!