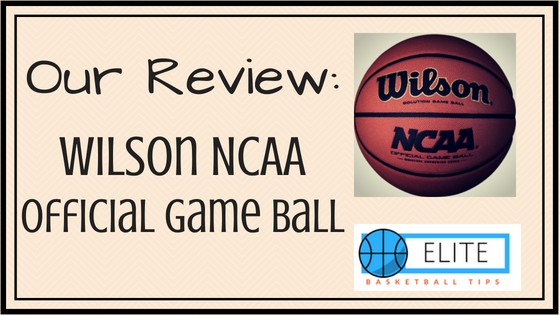 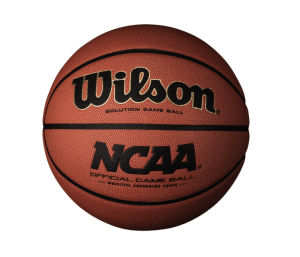 Basketball requires two things to play, a ball and a hoop. If you have the right ball then the entire experience becomes that much better. You should also train with the ball that you may have to use come game time.

In this case, we review the Official NCAA Wilson Solution Game Ball, a ball that the NCAA used in their March Madness Tournament.

We’ll give you the breakdown of the ball and even a negative or two, but ultimately we’ll explain why it is our current favorite indoor ball.

When new the cover is very tacky and easily palmable. Wilson states that this tackiness extends into the channels and this is something we can agree with. There isn’t a single slick part on any portion of the ball’s surface.

This makes dribbling and handling drills very pleasurable and fun. It’s difficult to articulate, but this ball is amazing to handle and get directly to work. Training is that much better when using this ball. 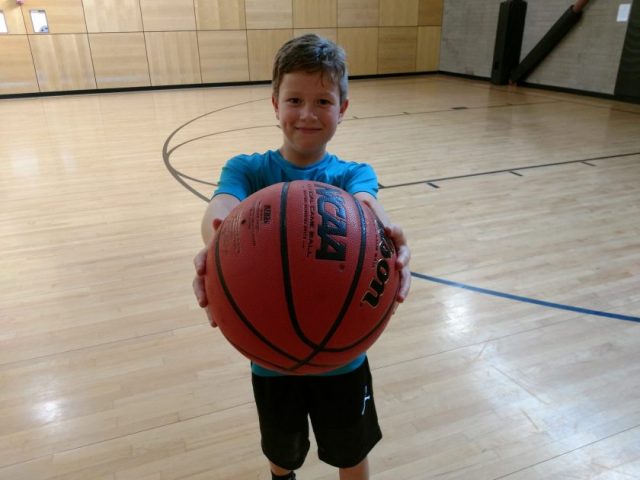 While the tackiness to the exterior is great, a great ball also needs a great texture that doesn’t interfere with your game.

We have had balls in the past that felt great and had good texture, but ended up literally grinding the tips of our fingers off. This was because the texture was too rough and became like sandpaper after hours of use.

The Wilson NCAA Solution Game Ball is not like this whatsoever. It has a soft, but not too soft texture, that makes handling and shooting feel great.

Wilson also claims that the ball absorbs water or sweat instead of becoming slippery. Wilson is definitely on to something here because when other popular balls become wet, they become a slippery mess.

The Solution Game Ball takes all of that moisture in stride and doesn’t lose its grip. We commend Wilson for this amazing feature and look forward to other balls adopting it.

It cannot be overstated that this is the Official Game Ball of the NCAA Men’s Basketball Tournament. So if you want to use the ball that high-level college athletes are using, then this is the right ball for you.

Initially, when I was shopping for a ball, I wanted something that all the guys at the gym use.

That was a huge mistake. Lost in a sea of identical balls, ours was taken one fine day. This led to our search for a new ball and stumbling across this Wilson ball.

I haven’t enjoyed a ball as much as this one.

If we have to say something negative about the ball, it is the way it gets stuck in nets. A new net becomes a vice that holds the ball in place. We have played with this ball for at least 40 hours and it hasn’t lost any of the tackiness and still gets stuck in the net at times.

It can be very frustrating for my son because he can’t get it down again on his own.

Some alternative balls that you can look into are below:

Overall, we feel that the Wilson NCAA Solution Game Ball is the best indoor game ball on the market. Especially for the price. The feel and texture make for enjoyable game experiences, and it is awesome knowing we are using the same ball Division 1 players are using.

We give this ball our highest recommendation.

We recommend you check this Solution Game Ball out for yourself. Get to a store and see if this ball or one of the alternatives fits your game better.

While not as plush as some other balls, the technology in the Wilson ball makes it an amazing choice.

The alternatives we provided above are also highly recommended but don’t quite match up to the NCAA Solution Ball.